In 2009, the Wilmington Air Park’s owner, DHL, relocated its ground distribution services. With the assistance of the City of Wilmington, Clinton County and the State of Ohio, the CCPA became the new owners of the Wilmington Air Park in 2010.  Approximately 1,500 acres were donated. Subsequently, the CCPA purchased available adjacent land to bring the total land to 1,900 acres surrounding a two-runway, fully functioning airport with almost three million square feet of leasable space. Today the CCPA manages the Wilmington Air Park working with regulatory agencies, development agencies and the community to bring economic growth to the county.

A special government designation in the State of Ohio, Port Authorities can own land, operate shipping terminals, airports and railroads.  Authorized purposes include activities that enhance foster, aid, provide and promote transportation, economic development, housing, recreation, education, governmental operations, culture and research. Once created, Port Authorities may act and operate independently of the authorities that created them.
The legal powers of port authorities are useful in serving the public interest for economic development.  Under the Ohio Revised Code Section 4582, port authorities have powers in the areas of real estate development, financing and management of foreign trade zones.  Unlike a city or county, they can buy land and construct a building that could be leased or sold to a private business.  Port Authorities combine the public power of a city or county with business and financial tools for the benefit of communities and to create jobs through economic development. 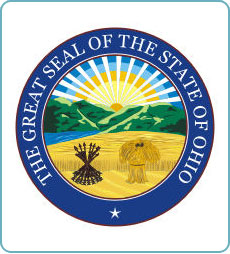